Making a new game feels like exploring space, seeing what is out there, which direction is fruitful and which are not. And steering is done with hindsight bias: some initial
direction might be clear from the start, but often only after trying out different versions of the game it becomes clear what works and what did not. With more experience the amount of right guesses might improve (?). However, experienced designers such as Eric Lang state that if you do not fail, you did not push the envelop enough. If you play it save you might end up with a functional ok game. Making an great game requires a lot of exploration into dead space. And each game means a new galaxy to explore.

Heck, making games it sometimes feel like first making the galaxy and then create a path of experience for players through that space. Especially when a game system is new and not tried and tested already (e.g. trick taking games). Not easy to do. It is not only about the planets but also the constellation, how each part relates to each other and their interactions.

With ‘tradecard games’ (TCG’s), such as Hearthstone, Ascension and Magic: the Gathering, it might more be about creating extra solar systems in the galaxy. The default laws of gravity are there as a given. Expansions usually challenge them or even break them. That makes those expansions feel fresh, a new frontier for the player to enjoy. So the system should be complex enough to create different constellations, yet still feel like the same galaxy.  Side note: check out the writings by Justin Gary (Ascension) on designing collectible games.

One of the card game designs I am working on seems to be a bit expandable, but not enough to become a bigger collectible game. The system seems to work and I explored a LOT of different paths. One of my fellow designer friends said it was the best games I designed, and the result of testing with a broader group were good. Some really loved it, some really did not. Which is preferable to every player saying ‘it’s ok’. I did wonder how it would be perceived by industry professionals. The game design contest by Cardboard Edison seemed a great platform for that. And it was. 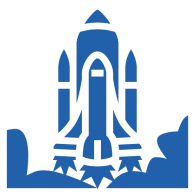 Designers out there: I recommend participating next year. For a small fee (or by becoming their Patreon) you can submit a game concept. You are asked to link to a video pitch and a rulebook. Then 5 judges review that and you get their impressions. They offer in depth feedback. Let me tell you: that is a lot of value for 5 dollars. Only the prototypes selected for the finals will be played, but their evaluation based on a rulebook and video is good.

My submission was not chosen to go to the finals. They offer valid reasons why not. Perhaps not playing the game might have had a relatively more negative impact with my game, but their feedback still holds up. One judge rated the prototype as one of the better designs in the contest. Yet there is room for improvement. The judges gave a few specific suggestions for improvement, but also suggested different aspects that need to be explored quite some more. And now the difficult part is which path is the most fruitful one. So back to the drawing board (welcome to the world of game designing). It took some time away from the design, but now I am inspired and eager again to test out some ideas! Those are the highs and lows (and highs and lows… repeat) of this job.

Deep game design space: I will boldly go where no one has gone before…

One thought on “Design Space: to boldly go where no one has gone before”

This site uses Akismet to reduce spam. Learn how your comment data is processed.